1. Predicting cancellations by season ticket holders
2. Targeted actions per segment to reduce churn
3. Steering on the basis of data driven insights
4. Getting more value out of existing data with Machine Learning

Season tickets are one of the most important revenue streams for top-level football clubs. It is therefore in a club’s interest to keep the number of cancellations as low as possible. However, for many clubs it is difficult to estimate who exactly is leaving. In this case study, we show how we used a predictive model, based on data driven insights, to gain insight into potential cancellations at Eredivisie club ADO Den Haag.

Every season ticket that is renewed is important to ADO Den Haag. Not only to achieve revenue targets but also to maintain fan loyalty. The football club wanted more insight into the behaviour of supporters with respect to the season tickets so that they can take targeted action to prevent cancellations as much as possible.

“I would like to gain data driven insights into which season ticket holders need extra attention to stay involved with the club, without forgetting the rest of the loyal supporters,” says Robin Burgman, Marketing Manager at ADO Den Haag. Using this statement, we started working on this case by analyzing historical data.

Data driven: unused data is worth its weight in gold

Before the project team could start predicting data, they first analyzed historical data. By examining the historical data, we discovered interesting links between the cancellations and the characteristics and behaviour of the season ticket holders,” says Alexander Mik. As a consultant at Rockfeather, Alexander has been closely involved in designing and setting up the so-called churn model. “We wanted to identify the cancellations of the past seasons, so we can identify patterns in the data of people who do renew and those who cancel,” Alexander explains.

Remarkably, the biggest factor appears to come from data that was already available, but had not been used before: the scan logs of entry to the Cars Jeans Stadium. “Does someone not come to the last 5 matches of the season? Then it is more likely that he or she cancels the season ticket for the upcoming season”, says Robin. This sounds obvious, but in the past, the total number of attended matches has often been the most important indicator and not necessarily whether the last matches of a season were attended.

To predict cancellations, information from both internal and external data sources was used. Apart from the internal scan log data which we previously mentioned, ticketing data and match schedules were also used. In order to make a better prediction, external information about the weather and the travel distance to the stadium was used as well.

To be able to use the data from all these different sources, the project team uses Alteryx. “With Alteryx you can clean up, merge and enrich the data from different sources with external data,” Alexander explains. “We can also build the predictive model in Alteryx. The model divides the season ticket holders into different segments and gives each segment a certain percentage. This way we know how big the model thinks the chance is that a person from a certain segment will cancel”.

Tests on historical data show that the model is already 80% accurate. In other words: it can predict with 80% certainty whether people in a segment will renew or cancel. Robin: “We now know for which segments there is a greater chance that renewal will not take place. That gives us useful information for the communication and perhaps even the offer to these target groups. In this way, we can steer in a data-driven way.”

This approach fits in with a broader approach within the football club, in which data driven information is accessed via dashboards. “We want to become more automated and data driven,” says Jachin Wildemans, CFO of ADO Den Haag. “Both the predictive models and the dashboards will help us with this”. Read more about the data visualization project at ADO Den Haag to which Rockfeather contributed.

The Corona measures have created an exceptional situation. Nevertheless, even in the current situation, it is interesting to look at the cancellation predictions, Jachin believes: “If season ticket holders already had a high probability of cancellation, there is little chance that they will change their minds with targeted communication. The same of course applies to season ticket holders who were most likely already renewing. The predictive insights give us a better idea of which groups we want and need to target with our communication.”

Robin expects a lot from the model in the coming period. “Of course we hope that towards the next season we will be able to play with an audience again. Based on the current insights, we want to be able to determine for each target group where possible cancellations could come from. Is our current offer still correct or should we communicate in a different way? These churn predictions should also help us to substantiate our decisions.”

Robin: “Our goal is to have a Cars Jeans Stadium as (atmospherically) full as possible at every home match, where everyone can enjoy a fantastic football experience. Insight based on data is crucial and I am convinced that Rockfeather has made a very useful and important contribution. The people at Rockfeather have a very proactive attitude. I like the fact that they think along to come up with new and interesting insights that can take us further as an organisation and as a club.

Get started with data science too

Would you like to start working with predictive models in your organisation as well, in order to be able to manage in a more data-driven way? Then get in touch with us! 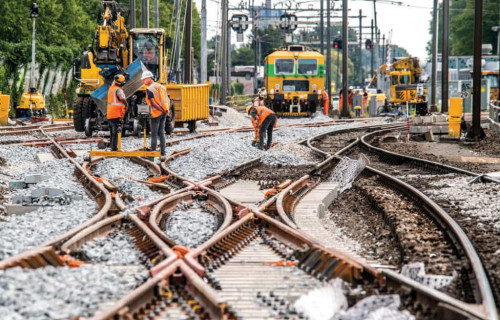 By 2030, ProRail aims to have 30% more capacity for running trains. That demands a lot from the organization and the management. Data-driven insights are therefore indispensable. Dashboards in Microsoft Power BI provide real-time information about the performance, trends and consequences for the planning of track works. This improves process-oriented and data-driven decision-making so that ProRail can fulfil its strong growth ambition. 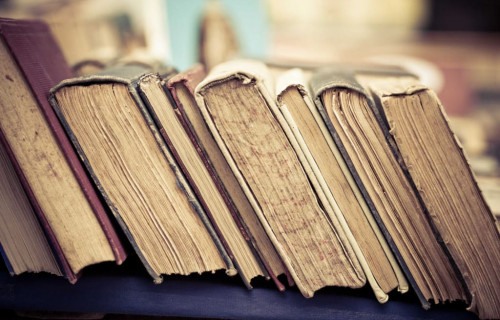 Dashboards with impact at Brill

Brill Publishers wants to improve its reporting landscape. She opts for a visual impact on the management information. The new reporting tool provides insight into trends via dashboards. This saves time, quickly brings various information together, and appeals to the imagination.

Read more
All cases
Our website uses tracking technologies to learn how our visitors interact with our site so that we can improve our services and provide you with valuable content. However you may visit Cookie Settings to provide a controlled consent.
Cookie SettingsContinue Browsing
Manage consent